I planted clematis ‘Kaiu’ five years ago. It has small white bells with a pink tinge on the newly opened flowers. Several websites agreed it would grow to around two metres, perfect for training into the purple-leaved shrub physocarpus opulifolius ‘Diabolo.’ After a couple of years to get established, it took quite a shine to its host 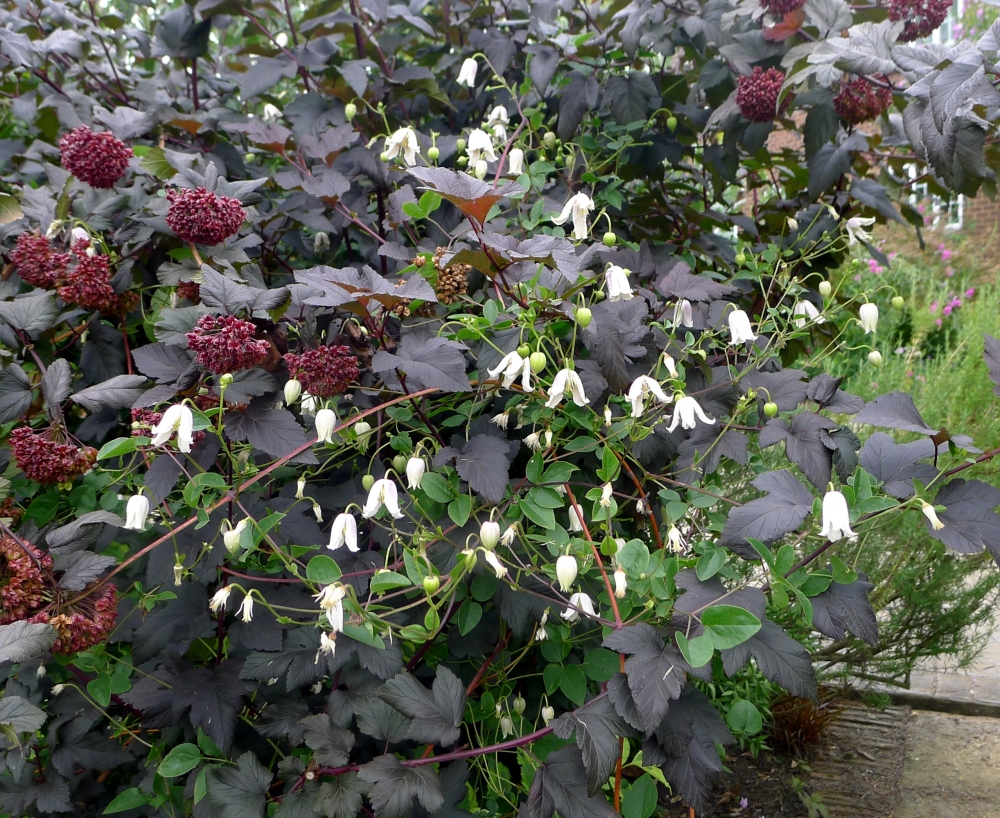 Two weeks later, I noticed a shoot had spread out and grasped a branch of a nearby ribes speciosum

This is quite a prickly shrub. Perhaps it didn’t appreciate the thorns as it has then set off in the opposite direction and grabbed hold of the softer tamarix tetrandra 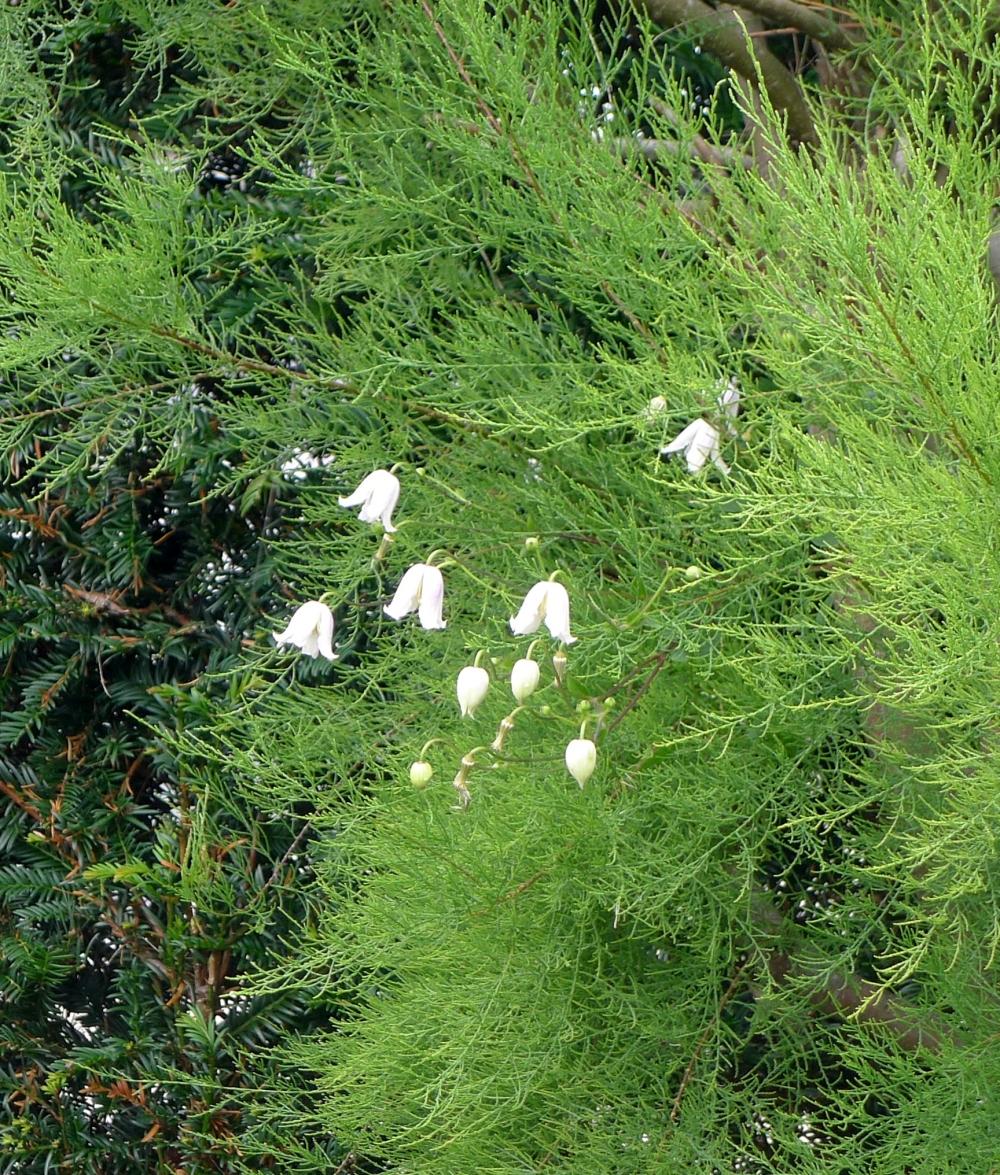 On the lookout for more hosts, the clematis then clambered to the top of bupleurum fruticosum, a good four metres tall 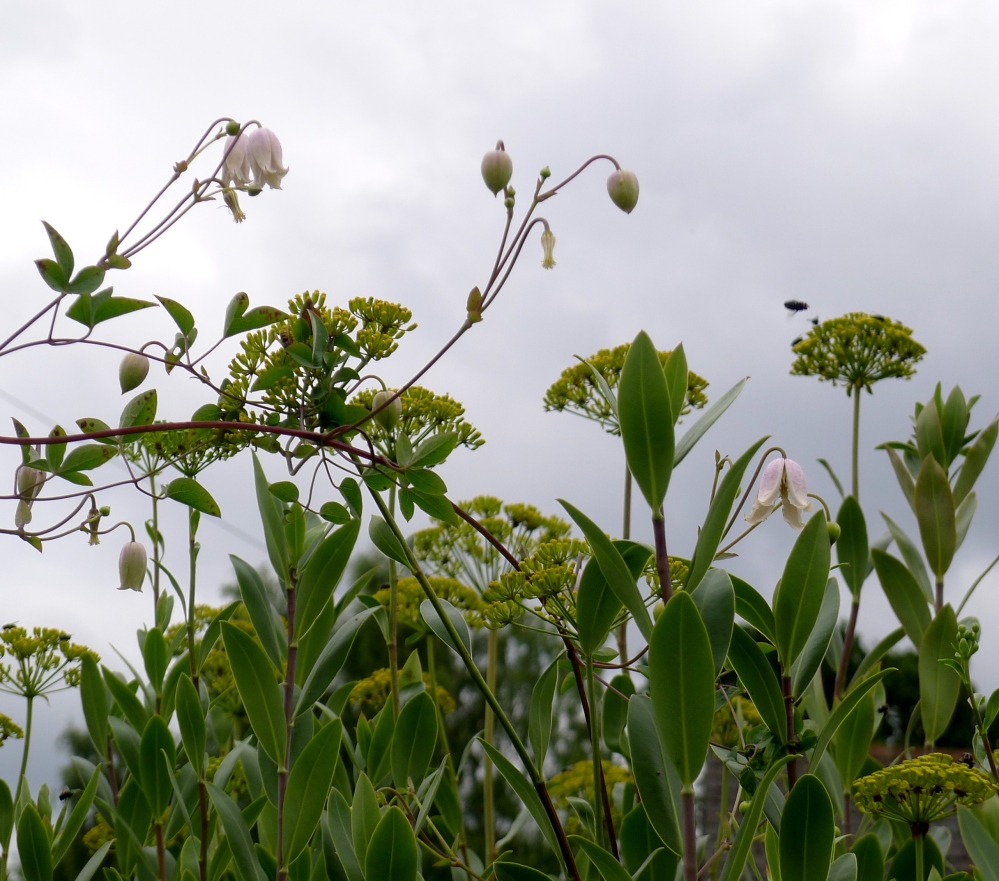 I’m left wondering how much further it will travel. I don’t think I dare feed it next year.

According to the Clematis International website, this clematis was first seen in a garden in Estonia, and a rooted cutting brought back to the UK where it found the British climate very much to its liking, often flowering from July right through to October. You can either reduce the top growth in late autumn, or wait until late winter and cut it to the ground in one fell swoop, but allow plenty of hosts and space for the regrowth.