Blue flowers are not common at the best of times, but by autumn you could be forgiven for thinking this colour has disappeared from nature’s pallete. Even those nursery descriptions of “violet-blue” asters often turn out to be a wishy-washy mauve. But there are still a few plants carrying this most un-antumnal of colours.

By choosing the right varieties, you can have aconitums flowering in June. But A. carmichaelii ‘Arendsii’ waits until September to start blooming. This grows to five feet in height, and likes a rich, moist soil in part shade. It is poisonous of course (as are all aconitums) but a spot at the back of the border keeps it away from little hands

Ceanothus “Gloire de Versailles” is a great shrub, reliably flowering twice every year. The first flush comes in July, but then it puts on another show in September. It also benefits from regular pruning, cutting it back hard to new growth in mid spring. Grow it in full sun 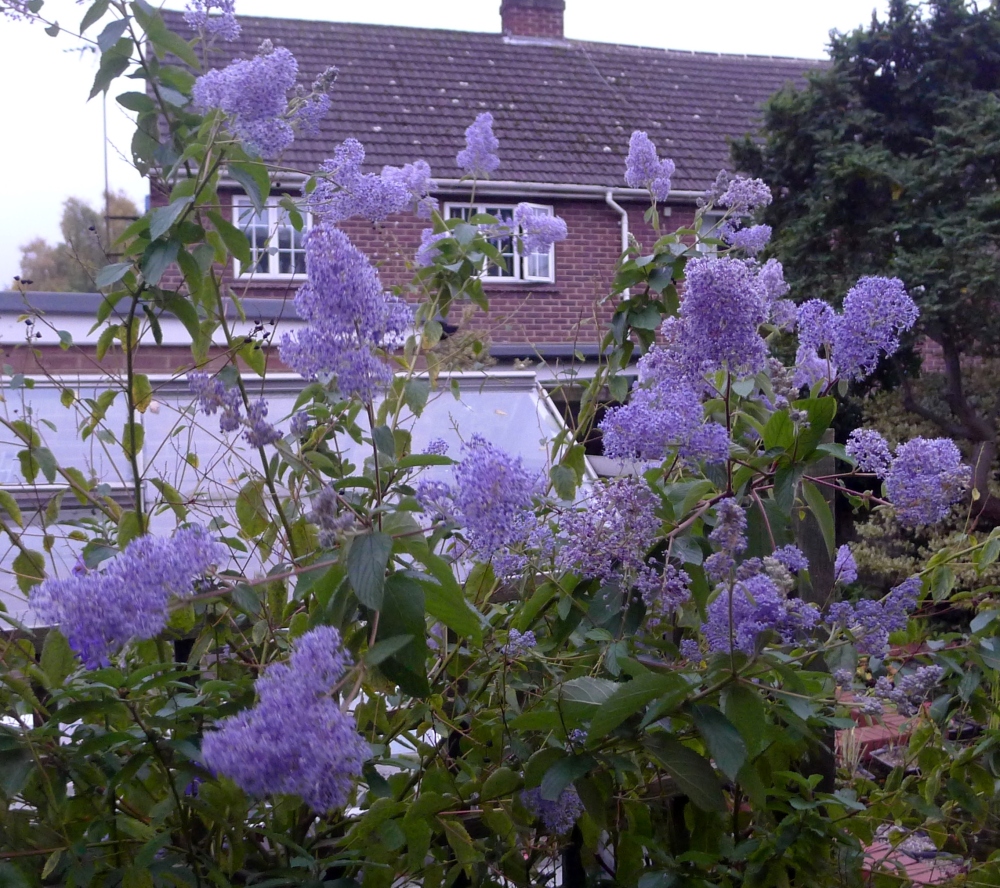 Ceratostigmas are useful sub shrubs. C. plumbaginoides grows to around 18 inches, while C. willmottianum is taller at three feet or more. The variety ‘Forest Blue’ has the best flowers. Added to this, the leaves take on red hues in autumn. Another for a sunny position 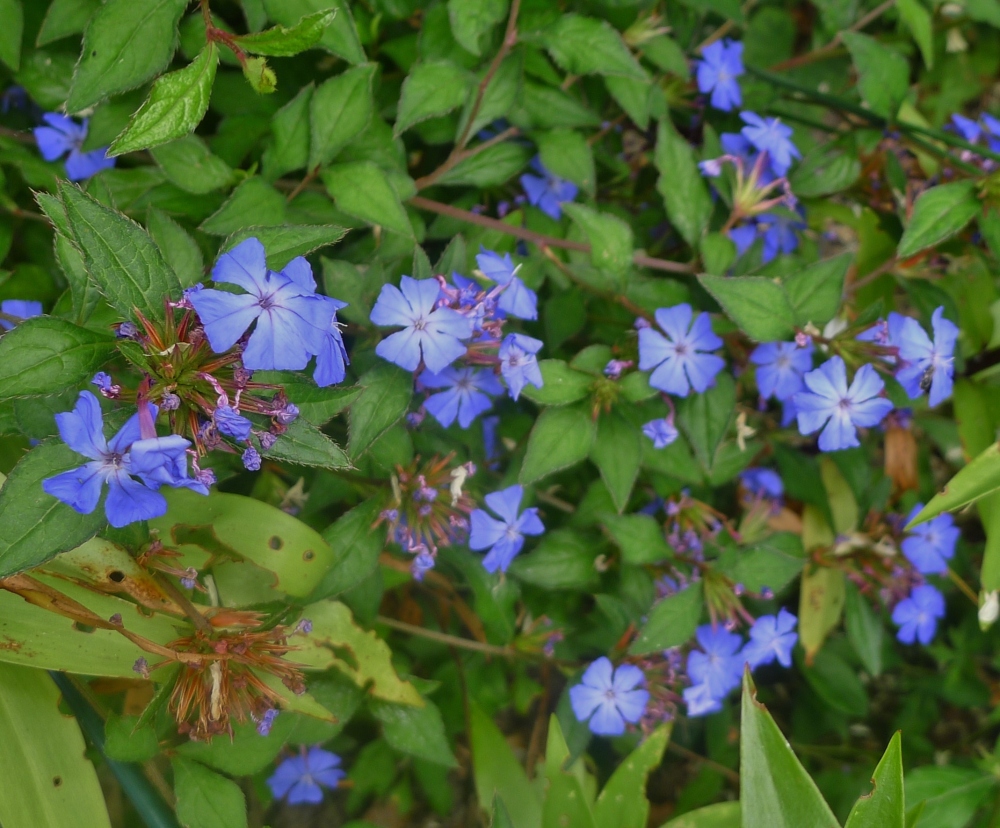 As climate change takes effect, more of us will be able to grow salvias without having to worry about taking cuttings in case of winter casualties. S. guaranatica “Black and Blue” is only half hardy, although I have managed to get it through a mild winter in a very sheltered spot. New cultivars of this species are now being introduced with ‘Black and Bloom’ starting into flower earlier and being “more vigorous” 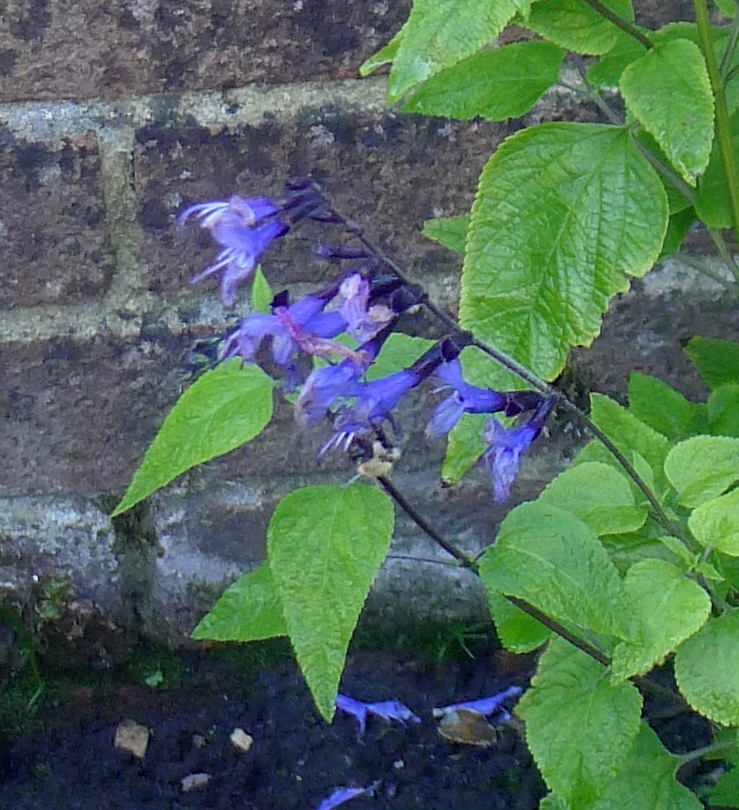 S. patens is possibly the best blue salvia. The type has pale blue flowers, but in the form ‘Guanajuato’, they are a bright mid blue. This surprised me by coming through last winter, although I will give it a mulch for protection in future now that I know it can overwinter outdoors 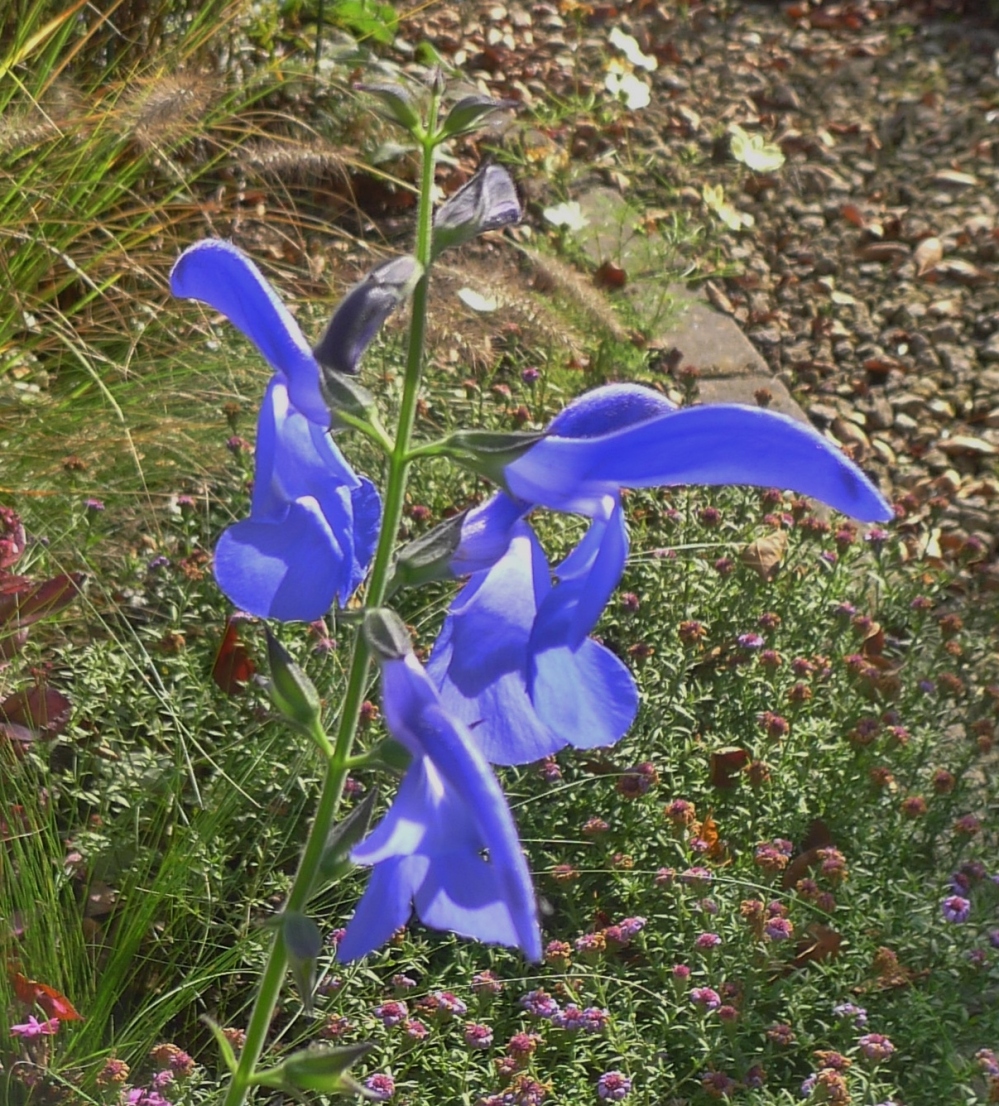 S. uliginosa has been flowering since August and shows no sign of stopping. The flowers are smaller than the other two salvias, but are a lighter shade, held on a large plant up to six feet tall. Tolerant of a little more moisture than the previous two, this still needs good drainage to survive our wet winters 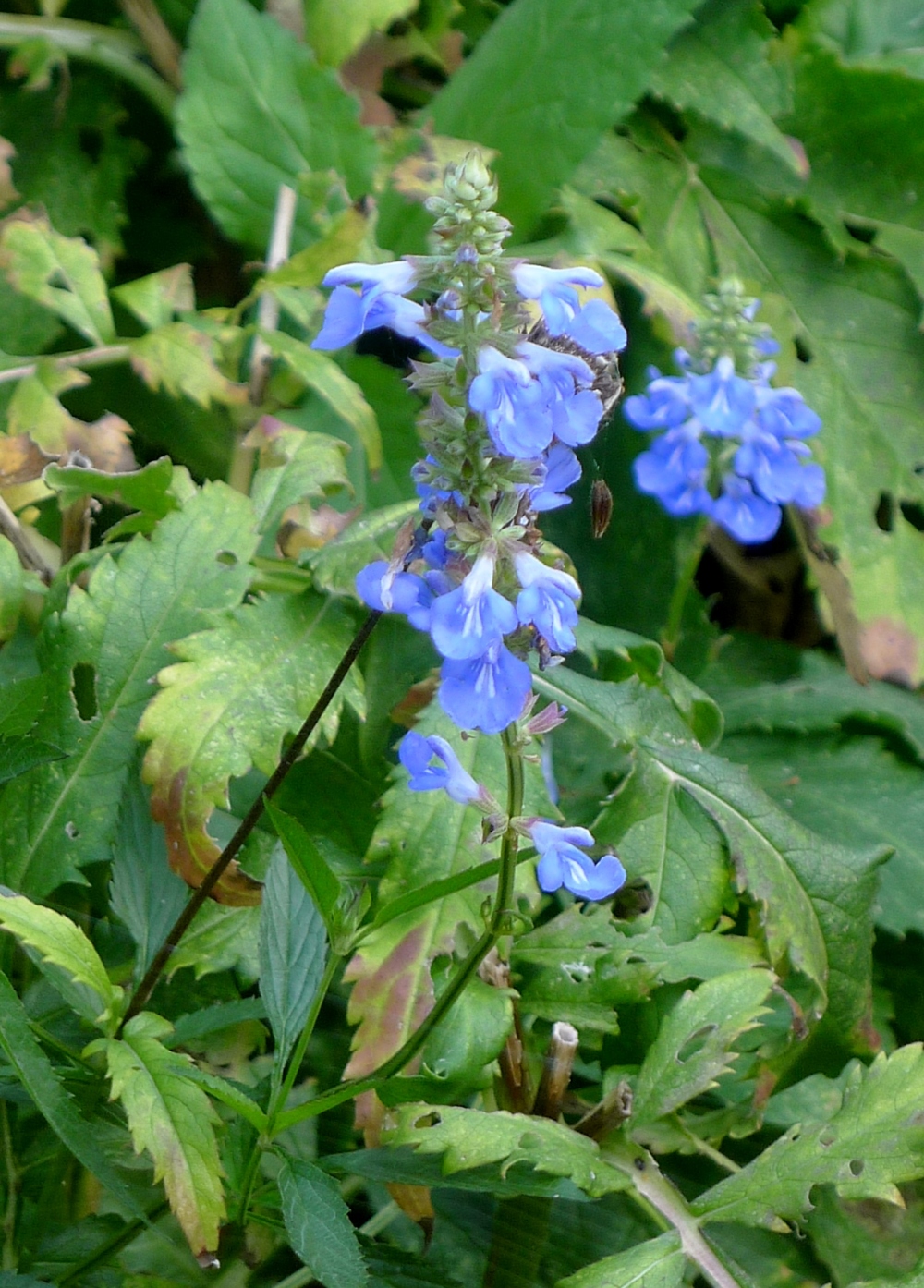 Finally, I give you veronica ‘Moody Blues’. This is similar in habit to V. spicata (which I also grow); both are useful for extending the flowering season well into October and even November if the weather permits. Tolerant of a little shade during the hottest part of the day, although V. spicata may be subject to mildew in hot, dry summers 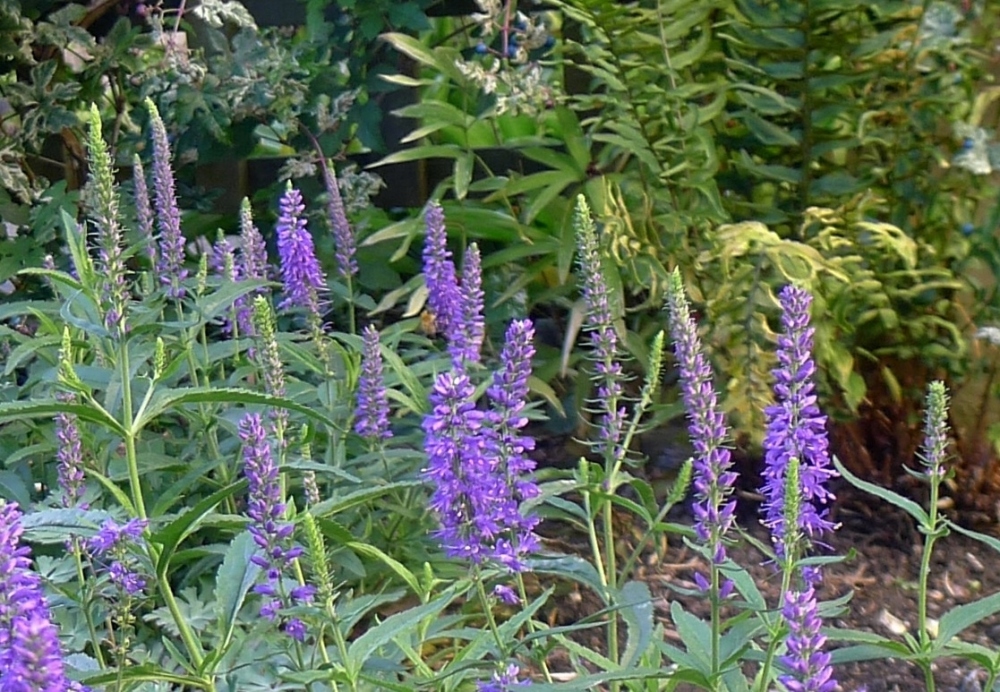 A ‘blue border’ may be too much, especially if we get lots of cloudy and wet weather in the autumn, but in sunny conditions, these blues really stand out as vestiges of summer.